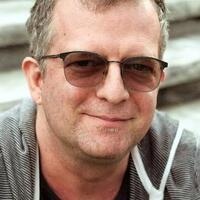 "Doctors Differ: Early Medical Caricature and the Birth of the Comics Form"

As caricature evolved from its origins as a practice designed to liberate artists from the constraints of renaissance idealism into a tool for social satire and commentary, medicine emerged quickly as one of its favorite topics. This talk will turn to the obsessive interest in medicine on the part of 17th- and 18th-century caricature as a way of exploring the development of a uniquely rich and unlikely interrelationship on the eve of modern medicine and the emergence of cartooning in its modern form.

Specializing in American literature, comics, film and popular culture, Dr. Gardner is the author of "Master Plots: Race and the Founding of an American Literature, 1787-1845", "Projections: Comics and the History of 21st-Century Storytelling" and "The Rise and Fall of Early American Magazine Culture", among other books and writings.

You're not going yet!