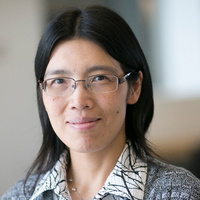 Frontotemporal dementia (FTD) is a devastating neurodegenerative disease characterized by the degeneration of neurons in the frontal and temporal lobes. Haploinsufficiency of the progranulin (PGRN) protein is one of leading causes of FTD. PGRN is a secreted glycoprotein comprised of 7.5 granulin repeats. Interestingly, we found that PGRN is a lysosome resident protein and accumulating evidence support that PGRN is essential for proper lysosome function. PGRN is processed into granulin peptides in the lysosome and regulates the activities of lysosomal enzymes. A gene encoding a protein of unknown function, TMEM106B, was identified as a risk factor for FTD-PGRN. Recently TMEM106B has also been associated with brain aging, hypomyelinating leukodystrophy (HLD) and other neurodegenerative diseases, such as limbic-predominant age-related TDP-43 encephalopathy (LATE). We showed that TMEM106B encodes a lysosome membrane protein that regulates lysosome morphology and function. Using CRISPR/Cas9 technology, we generated TMEM106B deficient mice and found that TMEM106B deficiency leads to accumulation of lysosome vacuoles at the distal end of the axon initial segment in motor neurons and the development of FTD-related pathology during aging. In addition, TMEM106B ablation results in myelination defects with a significant reduction of protein levels of proteolipid protein (PLP), the main membrane proteins found in the myelin sheath, by affecting lysosome exocytosis and PLP trafficking. Moreover, we found that the HLD associated D252N mutation abolished lysosome enlargement and lysosome acidification induced by wild-type TMEM106B overexpression. Instead, it stimulates lysosome clustering near the nucleus as seen in TMEM106B-deficient cells. Ablation of TMEM106B and PGRN in mice results in exacerbated lysosomal abnormalities, severe neuronal loss and glial activation and enhanced manifestation of FTLD phenotypes. Taken together, our results support that the lysosome dysfunction as a key disease mechanism underlying FTD.